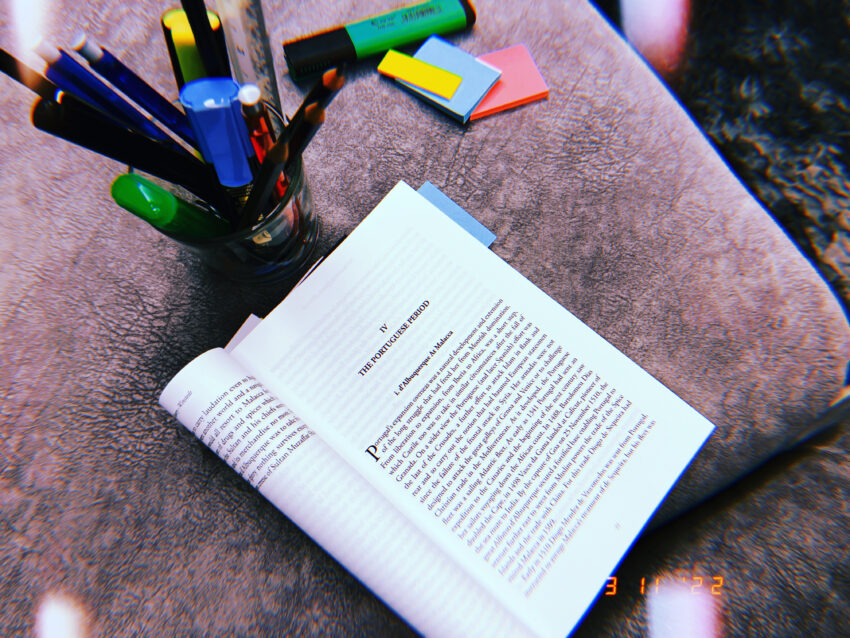 I have really set myself up for a year of extensive reading and research. First, though, I have to lug about 20 new books across the oceans as excess baggage; it will probably cost me more than the books themselves.

Added to the list, below, I have bought the following books:

I have finally succumbed more fully to reading ebooks. New ebooks include:

Shoshana Zuboff’s The Age of Surveillance Capitalism . I don’t expect to get to this anytime soon. Between reading for the Malaysia book/project, which will not come together for at least a year, I am also catching up on rereading texts for the global political economy and the failures of liberal international utopianism. This is my priority until June 2023.

For the Malaysia book/project, I bought:

Nahar Akbar Khan’s The Malay Ancient Kingdoms: My Journey to the Ancient World of Nusantara.

The past three months have been a hot and humid journey. I arrived in South East Asia on 7 July. Since then I have added at 10 books to my shelf, and finished reading three.

A set of Silverfish Malaysian Classics

As if I don’t have enough to read, I bought Joanne Joseph’s Children of Sugarcane. I just stopped reading on page 49, while I prepare to get on with life, and so far the book is quite exceptional in its elegance and immersion into the lives of its main characters. I hope I can finish it before I am scheduled to leave town on 6 July.

Note added 30 July. Did not bring Joanne Joseph’s Children of Sugarcane along on my travels… Will have to start all over again when I get back.

With my own book published an in stores, I have started reading (partially) in preparation for a long project that I will start in mid-July.

Added to the essays and papers that I read almost daily, I have started reading the brilliant William Dalrymple’s book, The Anarchy: The Relentless Rise of the East India Company, published by Bloomsbury. I still have not started reading (start to finish) The Future is Asian: Global Order in the 21st Century by Parag Khanna.

I finished reading Fatima Bhutto’s The Runaways a few days ago. I enjoyed the way it was written; short chapters that switch between characters within a single story. Effective.

Now I will pay more attention to Karel Schoeman’s Early Slavery at the Cape of Good Hope 1652 – 1717.

I finished reading William Dalrymple’s City of Djinns, and started reading Fatima Bhutto’s The Runaways. As much as I would like to get to The Future is Asian: Global Order in the 21st Century by Parag Khanna, the next few weeks – until the end of May, actually – will be inordinately busy.

Well now. It’s been a while. Apart from the very many essays I have read – and spending the year writing a memoir which is due for publication in March 2022 – I have managed to get through a few books. Too few, it should be said. I have mainly been buying books for Kindle, because I am loathe to go an mingle with people in malls and bookshops during a pandemic. I don’t actually like Kindle for two main reasons. The first is that I like the feel and smell of books. The other is that I have the Kindle app on my iPad. Sitting on an iPad in a public places and constant being concerned about having to charge battery is a terrible annoyance. The latter is the reason why I gave my Apple Watch to a niece. I really don’t want Apple to know how much or how little exercise I do, nor do I want them to know my movements. The biggest problem occurred when I stayed over at a friend’s place and the thing went dead; it needed a charge. So I went out and bought an old fashioned watch. It tells me the time in analog and I am perfectly happy with that.

Before I continue. I have received two books from a great friend, Jo-Anne Duggan, which will be the first formal reading for a project that I hope will take off by the middle of next year. For now, everything – the entire project – depends on whether borders will be opened and, of course it becomes easy to travel. These are the two books:

These two books will become essential reading in the first half of 2020.

In November I bought two books by William Dalrymple:

I got Fatima Bhutto’s The Runaways: How far would you run to escape your life?, which I will probably start reading in the new year sometime.

After an interview I did with the Very Reverend Michael Weeder of St George’s Cathedral in Cape Town, I got his book of poetry, The Promise of Memory which features on its cover a picture by Jimi Matthews.

I finished two books on Afghanistan that were quite shocking. As much as I am aware of and I have remained on tope of the Washington’s war against the Afghan people, the books were immensely disturbing and deeply saddening (maddening) in places

I also got Branko Milanovic’s Capitalism Alone: The Future of the System That Rules the World. I shall start reading this in the new year, but I am a great admirer and a friend of Branko’s so I have no doubt that it will provide greater insights into a topic that is close to my heart (and mind)

Also for reading in early next year are:

6. Jason Hickel’s The Divide: A Brief Guide to Global Inequality and its Solutions.

A couple of friends, Laurine Platsky and Eric Miller gave me three books as a birthday gift

4 June 2021. I finally received a new (used) copy of a book a lost a few years ago. And bought a couple online

2. Ismail Kadare’s The Palace of Dreams.

I got Charles Allers’s biographical book, Anwar Ibrahim: Evolution of a Muslim Democrat, a few years ago (at the same time I got A Doctor in the House: The Memoirs of Tun Dr Mahathir Mohamad, by the former Prime Minister of Malaysia, Mahathir Mohamad.

14 April 2021. It has been a tough few months. After the attack of last October, which resulted in two surgeries – I now have two plates holding my jaw together and another in my mouth to hold implants in place – I also had spinal surgery in January. I’m pleased to say that all is well. Except, of course, because of Covid restrictions, I have not gone walkabout for weeks, and one of the conditions for fully recovering from the spinal surgery was that I should walk at least a couple of kilometres a day. Well, between avoiding all humans, and writing for a living I am deskbound for most of every day.

I haven’t done much (book) reading. Most significantly, I have started/continued reading:

I have also continued reading chapters of The Lockdown Collection, edited by Melinda Ferguson. The book is an anthology of sorts, with contributions from some of South Africa’s best writers and journalists, and how the first few months of the Covid Pandemic has affected their lives and day-to-day routines. I wrote one of the contributions. This was the second book on the topic published by Melinda Ferguson, and featuring a handful of writers. The first was an e-book. Explains Melinda:

“At the end of March, my first response against creative suicide Lockdown The Corona Chronicles, was published after a group of 17… authors, under my benevolent whip, got an e-book together in just 7 days”.

Anyway, most of my reading continues to be academic papers and essays, news reports and analyses from publications as far and wide as the South China Morning Post, Malaysiakini, The New Straits Times, to the Financial Times, London Review of Books and the Guardian, The Hindu (and whatever else I can get online in India) to the LA Times and Commondreams.

26 December 2020. I have been drifting away from reading 20 or 30 books a year to reading fewer than 10, and a unimaginable amount of academic papers and essays in print and online. Over the past year I have read a small handful of books, and reread a few others.

The books I finished reading this year are:

Two books I finally got to may be regarded as good scholarship, but parts of them made me particularly angry.

I started reading, Dennis Cruywagen’s The Spiritual Mandela: Faith and Religion in the Life of South Africa’s Great Statesman, but lost interest. I suspect I won’t get back to it in any serious way. I also suspect that I may have left out a few books, or chapters of books I have read in 2020.

It is almost impossible to list the amount of essays and papers I have read in 2020. It could be anything from 30 to 100, and covered my main interests: Political Economy; Global Economic Governance; Photography; Memory; Architecture; Physics, Astronomy and Cosmology. At the start of the year I waded through about 20 papers on fascism over January and February for a project, which came to an abrupt halt because of the Lockdown and restriction of movement, and social contact as part of preventing the spread of Covid-19.

I also spend at least two hours a day reading news and analyses from around the world (BBC, The Financial Times, The Straits Times, Malaysiakini, South China Morning Post). Over the past 10 years I have come to rely less and less on the New York Times and Washington Post, the Chicago Tribune and the LA Times, Newsweek and Time for daily news. I really no longer see the point of reading these newspapers.

And then there are the podcasts… I subscribe to tens of podcasts from NASA’s Jet Propulsion Lab and it’s Science Casts, to the Guardian’s Football Weekly and The Tuesday Club.

I suspect that I will read even fewer books next year, in part because books are either becoming more expensive, or this life as a struggling writer is becoming more difficult. I will, however, get Brian Greene’s latest book, Until the End of Time: Mind, Matter, and Our Search for Meaning in an Evolving Universe. (It costs almost R500), and You Look Like a Thing and I Love You: How Artificial Intelligence Works and Why It’s Making the World a Weirder Place by Janelle Shane, and anything else on Artificial Intelligence and Robotics I can lay my hands on. I am especially intrigued by the intersection of neuroscience and artificial intelligence/robotics; the ethics are a matter of concern.

And so, as I write this in 2020, nine months into a global pandemic, next year is another country. I suspect I will be getting most of what I read from online sources – and listen to very many podcasts.