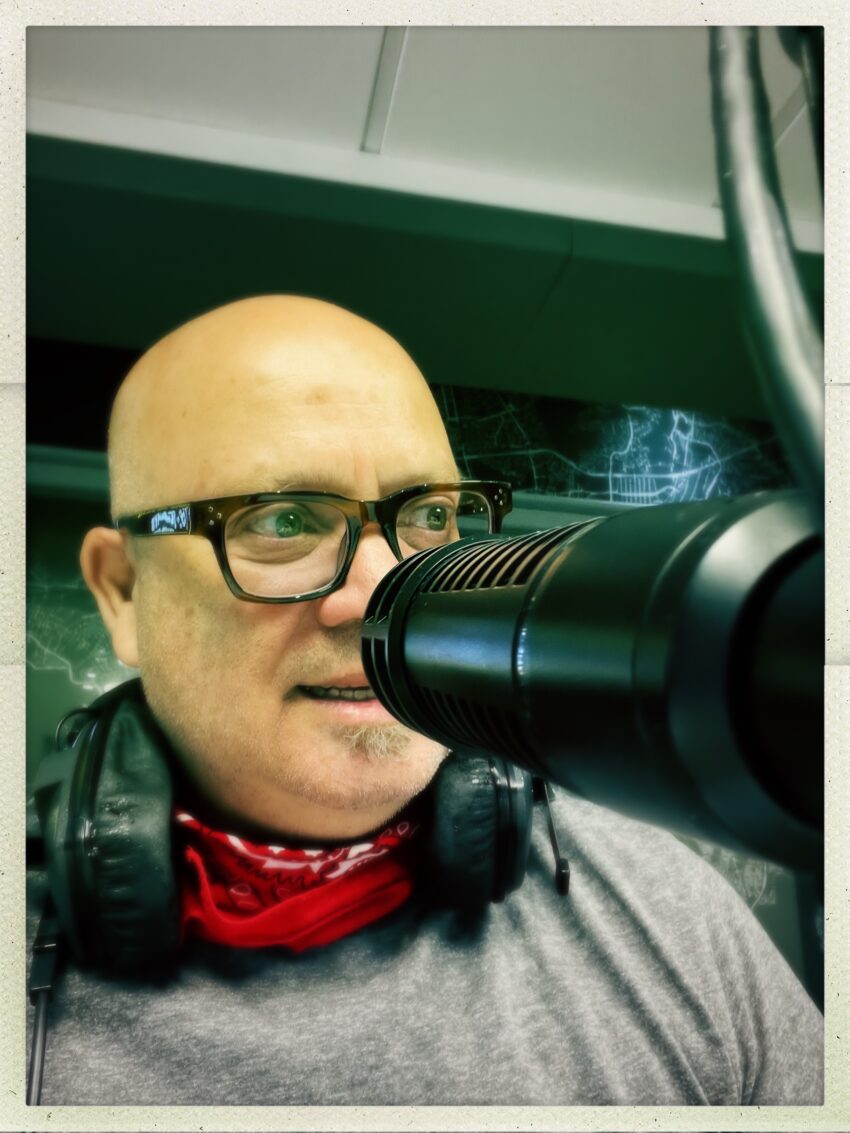 I am South African of Malay heritage. I write, make pictures and do some university teaching, supervision and examination. I am not a public speaker – not sure I even like the idea – but have often been invited to speak on matters ranging from social and economic justice, ethics, and on identity politics, exclusion and displacement.

I have also been a guest lecturer at a few universities, where I focused mainly on curriculum development, pluralism and heterodox economics and international political economy. My Business Day columns and “long reads” deal mainly with global political economy, global geo-strategic and economic issues.

I have also played small roles in international public policy-making (at the World Bank) and national policy making in the secretariat of South Africa’s National Planning Commission. On a day-to-day basis I write mainly about current affairs – political economy and society – with a particular interest in global capitalism and historical shifts in the structure of the global political economy. Since April 2019, I have been a regular contributor to the Vrye Weekblad, which delivers insightful, courageous, exceptional writing in Afrikaans on a weekly basis.

I am a columnist for Business Day, the best national English-language daily in South Africa and a columnist for the Daily Maverick, a web-based newspaper which has done more than any other publication to advance investigative journalism in South Africa. This link will take you directly to my Daily Maverick columns, and this link will take you to my Business Day columns.

While I have drifted away from day-to-day photography, I maintain a high interest in the philosophy and sociology of photography. My own work has been mainly in news media, some of which was part of an exhibition, “Between States of Emergency: Photographers in Action 1985 – 1990” at the Nelson Mandela Centre Foundation. The exhibition travelled around South Africa. I delivered the keynote address at the exhibition’s opening at the Bird Street Gallery of the Nelson Mandela University in Port Elizabeth in May 2017. An edited version of the address was published by the Mail & Guardian under the headline, “The Cruelty of Deliberate Forgetting“.

Unless otherwise stated, all photographs were made by me. Please do not republish them without permission and/or without full credit.

Between 2019 and 2022 I occasionally hosted talk radio shows Cape Talk. I found it quite thrilling. I enjoyed the immediacy and public engagement. I intend to make this a more regular feature of my work in the coming months. Although since I will be “out of town” for 12 months from July 2022, I may have to place further work on Cape Talk on the back burner. Who knows what the future will bring. I never did imagine broadcast journalism, at least not radio, as part of what I do, but never mind.

Below is a nice screen grab of an interview I did with Al Jazeera. One of my nephews sent it to me.

I served, briefly, as the Executive Dean of Business and Economic Sciences at Nelson Mandela University. Previous academic positions include Visiting Professor at the University of South Carolina, and an Assistant Professor at Elon University, in North Carolina. I have taught Economics, Public Finance, International Political Economy, Global Finance, Politics and Governance in Africa, Political Science, Comparative Politics and Islam and the Muslim World in International Affairs.

Between 2018 – 2021 I was a Visiting Professor at the Wits School of Governance, an external examiner for the Wits School of Journalism, and remain an examiner for the University of Cape Town’s Nelson Mandela School of Public Governance. I recently joined an initiative on Internationalising and Decolonising the Curriculum at the Durban University of Technology. I am currently a Visiting Professor at Multimedia University in Cyberjaya, Kuala Lumpur in Malaysia. It is a short-term contract, after which I should return to my home in the Western Cape of South Africa.

The picture( above) was of the first talk I gave as Dean of Business and Economics Sciences at Nelson Mandela University in April 2016. It was about a week, or so into my tenure – and I had a bad flu. It was unscripted. I was called up to make a few comments. I think I have an audio clip of it somewhere. The following two pictures reminds me of the relationship I established with students, and the prospects of intellectual, cultural and institutional transformation….

Social Media and Other Things

I can be found on Instagram, which I should put to better use, and as from today (9 November 2022) I am migrating from Twitter to Mastodon (@ilagardien@mastodon.sdf.org). My Twitter handle is  @ismaillagardien and the migration should be complete in the coming days and weeks. I should make better use of Instagram but have this nagging feeling that it’s owners are dodgy…. Speaking of which I left Facebook a few years ago, but very recently created a profile to follow a few issues, people and groups that are part of the mildly ethnographic research I am doing. I have no interest in LinkedIn whatsoever. I have an Academia profile, but I use it only to get a sense of some of the research that scholars and thinkers are involved in. I really am not clever enough to be an academic.

There was this thing on Facebook a decade ago where you had to list 25 points about yourself. Instead of making 25 points about myself, I have listed passages from film, music and quotes by the thinkers and people who have inspired me, and that appropriately capture ‘my 25 Notes’. One or two may be slightly different from the original.

1. Those who forget the pasta are condemned to reheat it.

2. The… the other important joke, for me, is one that’s usually attributed to Groucho Marx; but, I think it appears originally in Freud’s “Wit and Its Relation to the Unconscious,” and it goes like this – I’m paraphrasing – um, “I would never want to belong to any club that would have someone like me for a member.” That’s the key joke of my adult life, in terms of my relationships with women.

3. You know, Rick, I have many a friend in Casablanca, but somehow, just because you despise me, you are the only one I trust.

4. Juxtaposing a person with an environment that is boundless, collating him with a countless number of people passing by close to him and far away, relating a person to the whole world, that is the meaning of cinema.”

5. The beautiful is hidden from the eyes of those who are not searching for the truth, for whom it is contra-indicated. But the profound lack of spirituality of those people who see art and condemn it, the fact that they are neither willing or ready to consider the meaning and aim of their existence in any higher sense, is often masked by the vulgarly simplistic cry, ‘I don’t like it!’ ‘It’s boring!’ It is not a point that one can argue; but it is like the utterance of a man born blind who is being told about a rainbow. He simply remains deaf to the pain undergone by the artist in order to share with others the truth he has reached.

6. All that I know about my life, it seems, I have learned in books.

7. I do not believe in God; his existence has been disproved by Science. But in the concentration camp, I learned to believe in men.

8. You end up taking advantage of yourself. There ain’t no way around that.

10. Like a solitary fir tree egoistically separate I stand, casting no shadow, with only the wood dove building its nest in my branches (own translation)

12. During my lifetime I have dedicated myself to this struggle of the African people. I have fought against white domination, and I have fought against black domination. I have cherished the ideal of a democratic and free society in which all persons live together in harmony with equal opportunities. It is an ideal which I hope to live for and to see realized. But if needs be, it is an ideal for which I am prepared to die.

13. I dream of an Africa which is in peace with itself.

14. The world must be all fucked up when men travel first class and literature goes as freight.

15. We are living in a world today where lemonade is made from artificial flavors and furniture polish is made from real lemons.

16. If you are lonely when you are alone, then you are in bad company

17. To see a World in a Grain of Sand
And a Heaven in a Wild Flower,
Hold Infinity in the palm of your hand
And Eternity in an hour.

18. The ideas of the ruling class are in every epoch the ruling ideas, i.e., the class which is the ruling material force of society, is at the same time its ruling intellectual force.

19. The writer must earn money in order to be able to live and to write, but he must by no means live and write for the purpose of making money.

20. The reign of the super powers must be over
So many armies can’t free the earth
Soon the rock will roll over
Africa is choking on their Coca Cola

22. You are very close to producing a very significant piece of work.

24. The poor are prevented from thinking by the discipline of others, the rich by their own.

25. The struggle itself towards the heights is enough to fill a man’s heart. One must imagine Sisyphus happy

I generally respond to email messages, (ilagardien at yahoo dot com. or issy at ilagardien dot com) or comments left on any of my web pages. I moderate all posts because this is my personal website, and I really could not be arsed to get involved in meaningless debates. That’s it. That’s all.

All comments will be moderated. If you want to get my attention, do not be sexist, racist, homophobic, anti-semitic, skoorsoekerig or just an all-round twat. I am particularly averse to religious or market fundamentalists. Actually, it’s probably a good thing to be a nice person in life – just generally.