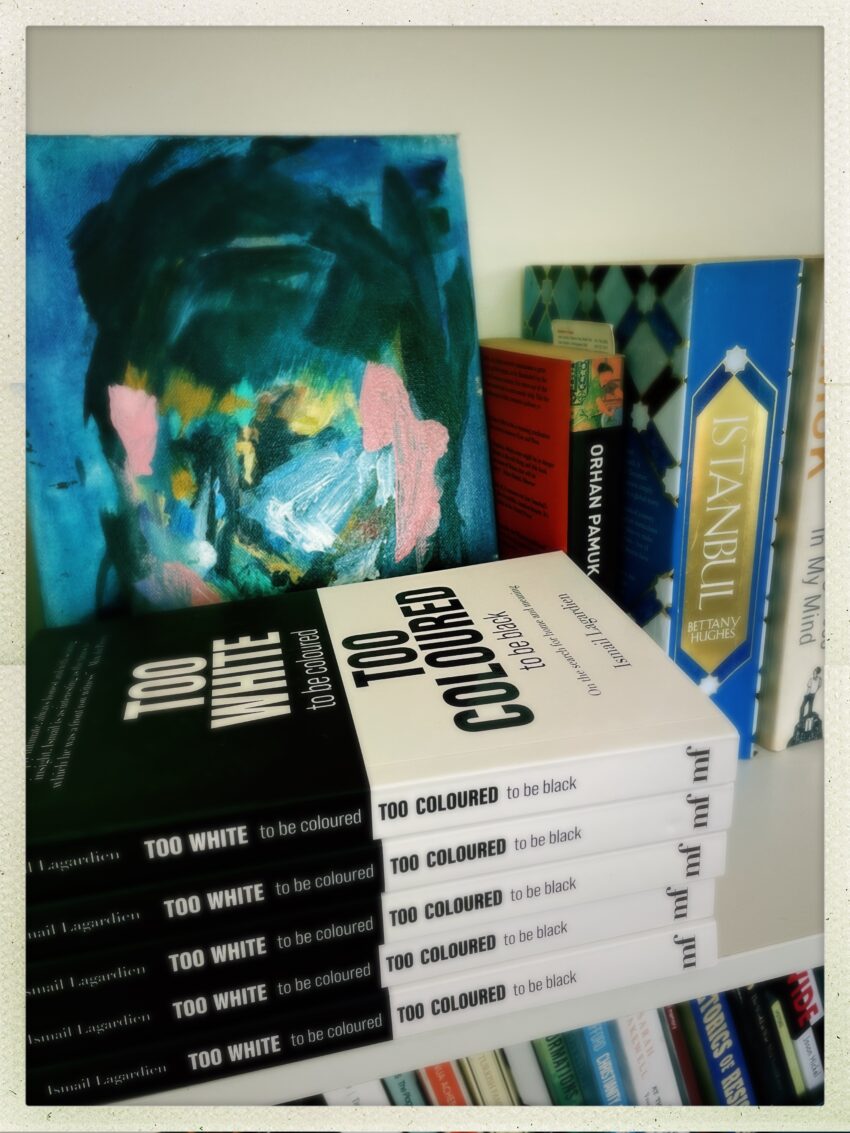 The hybrid-memoir I wrote, Too White to Be Coloured Too Coloured to be Black: On the Search for Home and Meaning, was published at the end of April. The in-person launch was led by Haji Mohamed Dawjee and the online launch was led by Ferial Haffajee, two of the most exceptional people I know. The post-publishing process – promotion and marketing – is more draining than writing the book was.

Nonetheless, I was happy that some of my family attended the in-person book launch at Exclusive Books, Cavendish Square, especially Sara and Ayesha Lagardien who filled some of my most difficult days over the past few years with much joy.

Haji launched her latest book, Here’s the Thing, described as “a new collection of thought-provoking essays” in Cape Town last night. I was upset that I could not get to the book-launch, led by Refilwe Moloto, who hosts a breakfast talkshow with Cape Talk. Refilwe, too, is a formidable woman. I suspect that I missed something special.

On the 18th I have to do another book launch hosted by the Institute for African Alternatives (IAA) and Surplus Books. I actually don’t mind doing this one. I have always respected the work of the IAA, and was introduced to Surplus Books by Sara (in the picture above).

On the 25th I will deliver (virtually) a guest lecture on Africa Day hosted by the Durban University of Technology. While this lecture will draw on the book, I am to talk more generally about diversity and the poisonous effects of identity politics, notions of exceptionalism and searches for purity – all of which drives xenophobia and general nastiness against people who “don’t belong”.

These events are terribly tiresome. Nevermind the fact that I have to travel to and from live events, I can not get used to talking about myself to the extent that I am obliged to since the book is, after all, a memoir.

It’s just as well I will “shut down” all social media (again!) at the end of May. I had, by January been off Facebook for a few years and deleted my Twitter account, my publisher wanted me back on social media as part of the marketing. I will shut down because I have to prepare for the next adventure, which starts in early July. If, or when I get back on Twitter, I will probably do so to link to some of the things I will be doing between July 2022 and June 2023, and which will be published on this website.

I will, of course, continue to write my columns for Business Day, the Daily Maverick and VryeWeekblad (Saya perlu makan!). In the meantime, I need to get past the 25 May lecture, and pray that no further invitations are forthcoming. I have lost count of the number of radio and television or online interviews I have given. It’s all terribly exhausting and sometimes quite tedious.