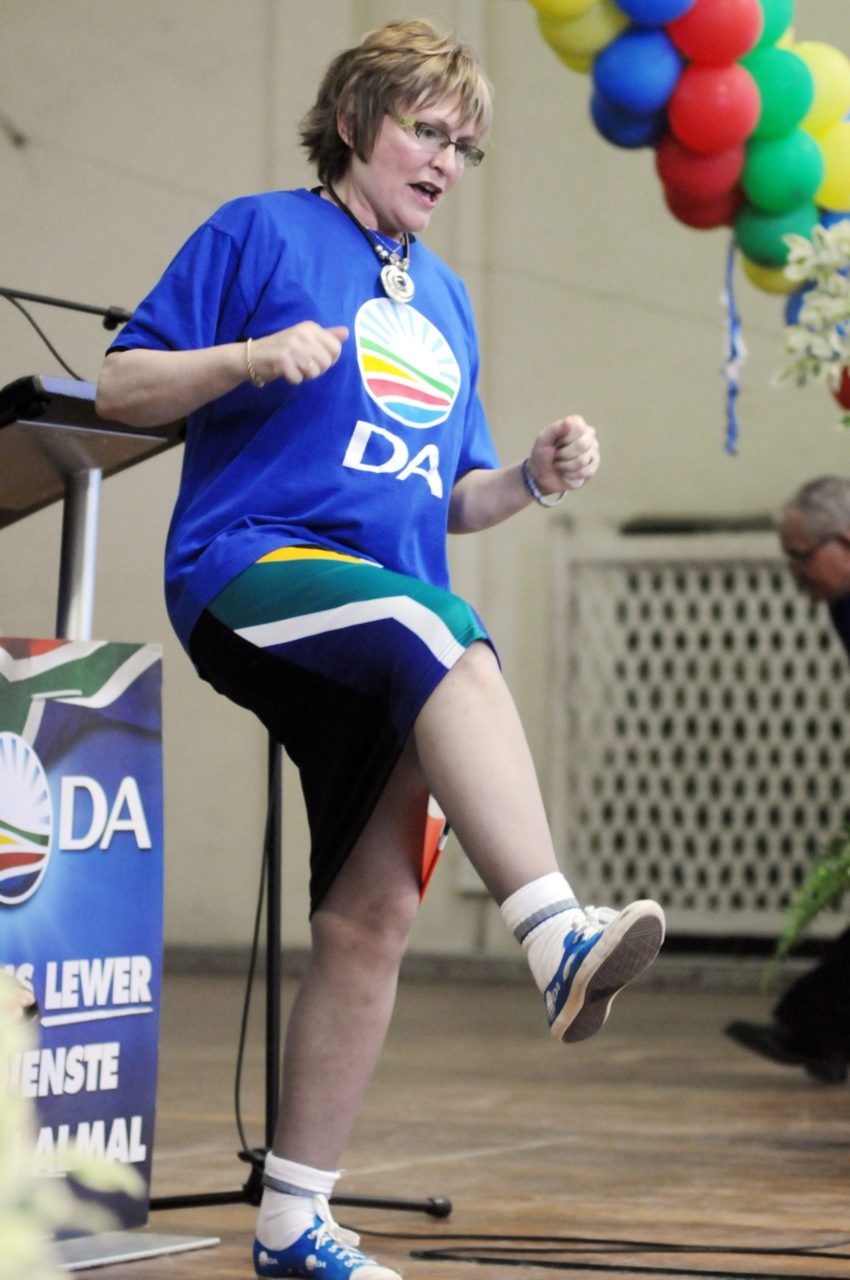 During this age of social media where almost everyone has access to a computer and an opinion the worst thing you can do as a writer is take seriously every nasty troll in the comments section. I have made it part of my job to respond to comments – those worthy of replying to and that would take the discussion further, if only for the sake of knowledge production. I don’t have access to reply to comments on my Daily Maverick columns, so I decided to write this “defence of Helen Zille” in response to one commentator who suggested that I would always disagree with whatever Zille said. Another said that the specific column, Helen Zille’s Composition in Three-Part Disharmony, was “pretentious”.

I should get a few out of the way. The first is that anyone who has read my columns in the Daily Maverick over the past six years may recall some of my earliest statement; that nobody rules without guilt, that good people can be bad and bad people can be good. I have made that point on a number of occasions. Second, you would imagine that people who are bold enough to read a column ought to understand what a column is – it’s usually opinion, commentary or analysis based on personal or individual beliefs and values, among other – and read them intertextually. Reading intertextually – placing each individual piece in relation to others over time – usually gives a clearer picture of the writer’s views, beliefs, values and objectives. For instance, if the complainant, a certain Martin Neethling (who said that I would always disagree with Helen Zille) read one of my earlier columns (like) “I have no Faith in South Africa’s Future”, written in 2015 he may well be surprised by my own conclusions.

Since about 2007, the ruling party had virtually destroyed the political economic prospects of the country

For most of the democratic era corruption, nepotism, maladministration and prebendalism has brought the state to the verge of collapse

For many poor people, voting for the ANC is a vote against their interests

Too many people have senses of entitlement (including, in my view, those who would imagine that “apartheid is over” or that they “worked hard” for their money, property and privilege and that they pay tax, too much of which goes to the precariat)

The Western Cape is the best run province in the country

I could go on and on, but I am not a praise-singer nor do I write sunshine journalism – that which Hlaudi Motsoeneng expected from SABC journalists. I doubt that all of this would satisfy Mr Neethling, but I place it on the record anyway.

As for the person who said this week’s column was “pretentious” well, all I can say is that as an essayist I experiment with ideas, format, aphorisms, metaphors and analogies that do not always work. This person probably did not read far enough down the column where I explained: “For the record, the writer cannot read nor write music, and the late James Phillips refused to teach me how to play guitar: “Not until you accept that you have the instrument we all want, a good voice.” I love music and have only read a few books, so the analogies attempted in this essay may not hang together well.

The essay, Michael Hamburger explained, “is not a form [it] has no form; it is a game that creates its own rules”. (See Hamburger’s “An essay on the Essay” in Art as a Second Nature: Occasional Pieces published by Carcanet New Press in 1975). Writing should simultaneously seduce, instruct, entertain, if you will, and mystify in equal measure. Should the person who considers the essay pretentious prefer a writing that is simpler there is a series of Ladybird books that is non-experimental and texts that are without fractures and fragments, or the formlessness and the unpredictability of Virginia Woolf’s rhizome.

Ultimately, commentators are free to troll and respond to what is published to their hearts delight. I am insufficiently wise, and sufficiently ignorant to surrender to greater wisdom suffice it to say that personal incredulity is not enough to sustain an argument against anything. In general, I will leave the trolls with thoughts that are traitorous to their class.

*If there are any grammatical or typographic errors in this post please let me know. IL