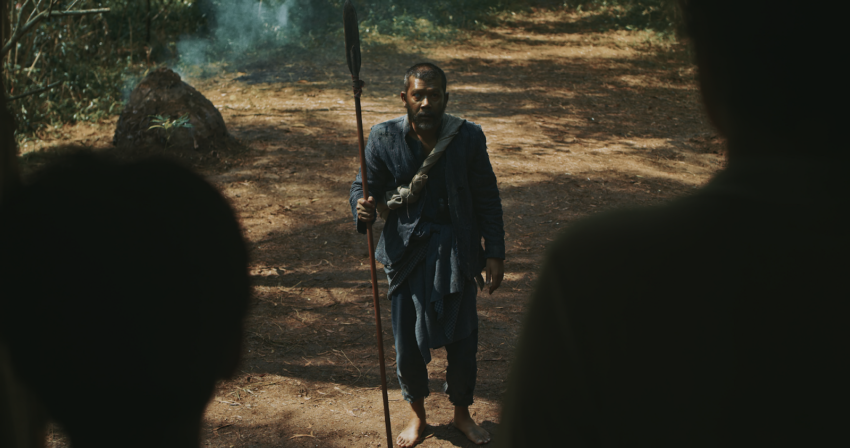 It has been almost 30 years since I last wrote a film review. Although I spend most of every day at my keyboard, my columns – mainly on global political economy, and on South African state and society – and the book I am working on, takes up most of my time. Then there is the fact that between the time that I last wrote a film review, and now, I have spent more than a decade in academia and in various public policy-making roles. But I am back now writing full time. Rather, I have consciously decided to spend my time as a struggling writer….

This film, ROH, was recommended to me by Sheril Bustaman. Sheril and her husband, Zan Azlee (a Malaysian couple I follow on social media) have a blog that you can follow here. The first thing that struck me about ROH was its simplicity. I have to confess, also, that I was very briefly reminded (in two places) of scenes from a couple of Andre Tarkovski films. Tarkovski remains my favourite director, though he died in December 1996. One of the reminders is from Tarkovski’s film, The Mirror; where a family watches their house burn down. There are, of course significant differences between the two films, but the scene of the family house (in ROH) was reminiscent of The Mirror (See Screengrab below). The burning house scene in The Mirror is probably the finest piece of cinematography I have seen (along with the opening scene of Tarkovski’s Andrei Rublev, and Brian de Palma’s Apocalypse Now.)

Another scene that was reminiscent of a scene in Tarkovski’s film The Sacrifice. is a lone tree that plays a somewhat central and symbolic role in ROH. The screengrab, below, from The Sacrifice came to mind. A burning house is also a feature in The Sacrifice.

I should say, again, that there are significant differences in the storylines, but the grimness of ROH is a reminder of The Mirror. Perhaps the director, Emir Ezwan, was influenced by Tarkovski, perhaps not. ROH is visually and directorially inspiring.

It’s not easy to classify ROH as a horror film, because it is so much more. It is significantly (and importantly) different from your standard Hollywood horror film which can be formulaic and predictable, and invariably situated in North American culture and society. This film, ROH, draws on indigenous Malay culture, customs and tradition without being patronising or ridiculous. It’s the story of a woman and her two children who live in the forest that is presented simply – not simplistically – and who eke a living from their surroundings. This alone is difficult to deal with; anyone who has experienced poverty, need, want and exclusion will empathise immediately. But the directory quickly, without being overdramatic, introduces a mythical almost magical element. In that way the film drifts close to the magical realism described by Matthew Strecher as that which happens “when a highly detailed, realistic setting is invaded by something too strange to believe”. Maybe that is just how my thoughts ran while watching the film.

The simple life of a struggling family of three, Mak (played by Farah Ahmad) her daughter, Along (Mhia Farhana) and son Angah (Harith Haziq), is changed forever with the arrival of a strange child, Adik (Putri Syahidah Nurqaseh), which, in turn draws in a mysterious shaman Tok (Junainah Lojong), and an unidentified hunter, played by Nam Ron.

The grime-caked girl arrives at the family’s house in the woods, and the family take her in and care for her. As a way to thank them the mysterious girl foretells their doom, after which strange things start to happen. First there is the arrival of the hunter in search of the mysterious girl. (I’m skipping some details) The family turns to a wandering healer, Tok, for help and advice. You will have to watch the film to see how it unfolds.

The colours brown and red in a haunting forest bring out the inexorable intertwining of life and death, of mysticism, shamanism, fear and horror making the film a horripilating dark fable. I especially enjoyed the minimalism, and did not miss the overbearing in-your-face tension contrived action and drama of Hollywood films. Notably, the film is set in a forest that is markedly different from the rainforests readily associated with Malaysia (East and West), and the story is set in a time before the Malay community becomes synonymous with Islam. The main characters wear kain batik and kain pelekat, in sometimes dishevelled ways. These small details are significant because the film opens with a passage from the Quran, but the film itself has very little to do with Islam. Instead the director relies on recurring religious motifs (fire, clay and blood) from burning trees and the charcoal that make up the family’s subsistence, to characters covered in mud, and ubiquitous amounts of blood.

I have not seen many Malaysian films. Quite by accident, I recently watched Paskal which, in the way of most military-action films, was somewhat predictable. It is technically well made, though. Sheril recommended I watched ROH. It is by no means a blockbuster film (and as far as I can tell it is not intended to be one), but given the low budget, the minimalism and simplicity, and the performances of, especially Farah Ahmad, this is a commendable achievement by Emir Ezwan.

If you have a Neflix account (I don’t have an account, and sometimes have to watch with a friend who has an account), you should be well impressed by ROH. Roh is produced by Amir Muhammad’s Kuman Pictures which specialises in low-budget horror films. Notwithstanding its low-budget Malaysian Ringgit 360,000 (about Euro 72 000), the Producers and Director have pulled off a film full of wonder, intrigue and insight.